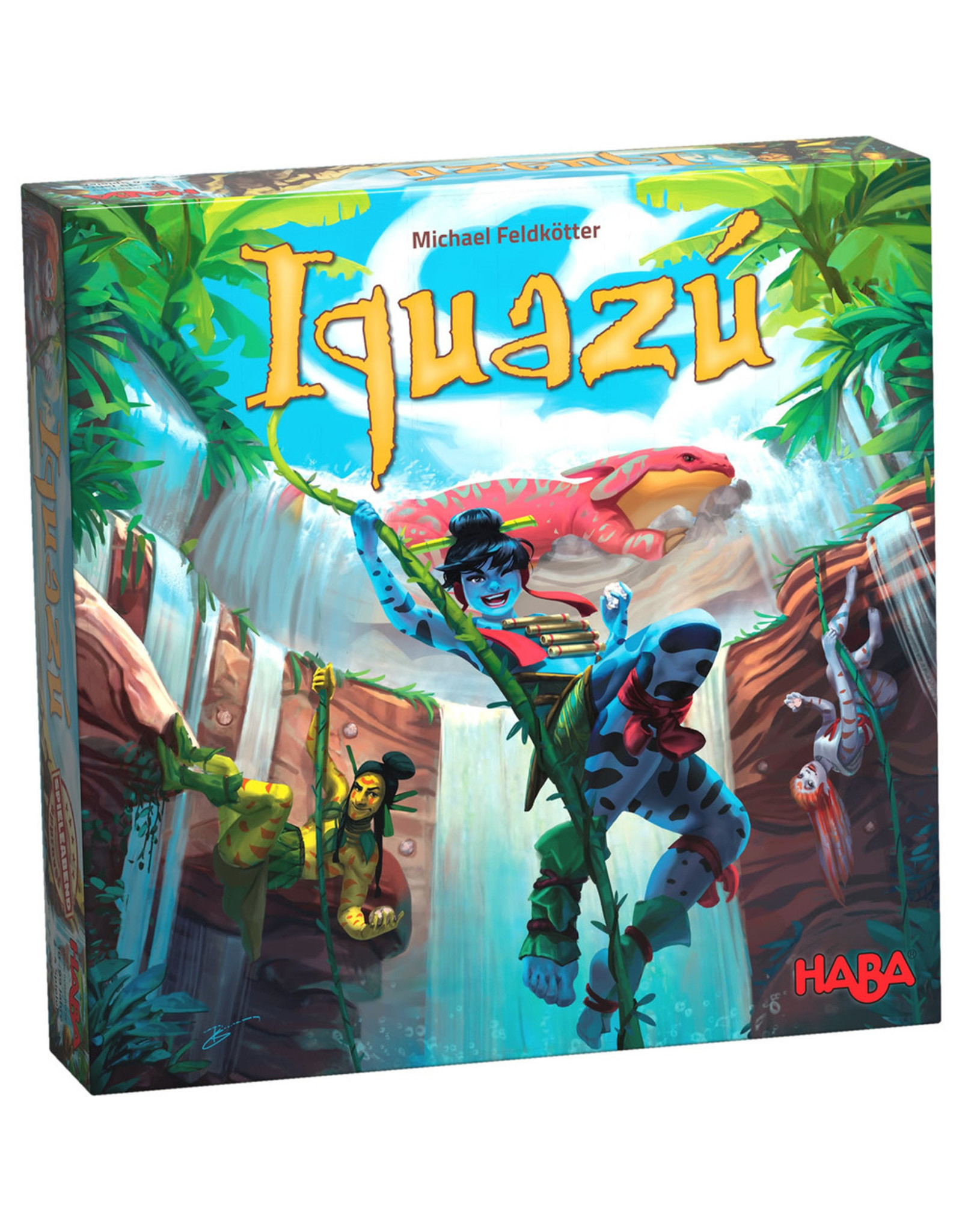 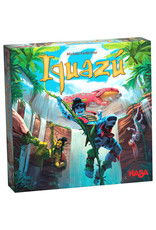 The Inox people have been living peacefully in the Land of the Waterfalls for a long time, but now there is a dangerous threat. Evil Rhujas roaming the land want to capture the gemstones of the Inox. That's why the Inox have selected the hardest to reach and most dangerous place to hide their gemstones: the rock wall behind the Iquazú waterfall. Their water dragon Silon blocks the waterfall so that the brave Inox can rappel down the rock wall behind it to place their gemstones there, out of harm's way. The gushing water and the dangerous water snakes at the bottom will stop the Rhujas from getting the gemstones. Which player in Iquazu?ü will manage to use their cards skillfully and place their colored gemstones in the best spots?

Each turn in Iquazú, players either draw four cards or play cards of a single color from their hand to place one of their gems in an empty space on the board the same color as the cards they played. If you place in the leftmost column, you play only one card, in the secondmost left column, two cards, and so on. The last player in turn order adds a water droplet to the highest empty spot in the leftmost column after their turn.

Once the leftmost column is full, players earn points based on how many gems they have in this column and they earn a bonus token if they have the most gems in a horizontal row. Bonus tokens can let you draw cards, ignore the color rule, earn points at the end of the game, and take another turn. Players then slide the waterfall right one column to make new bonuses appear and the leftmost gems disappear. Whoever holds the water droplet box passes it right. Players continue taking turns until the final column is filled, at which point players collect bonuses for the final time, then added any points collected to their score.