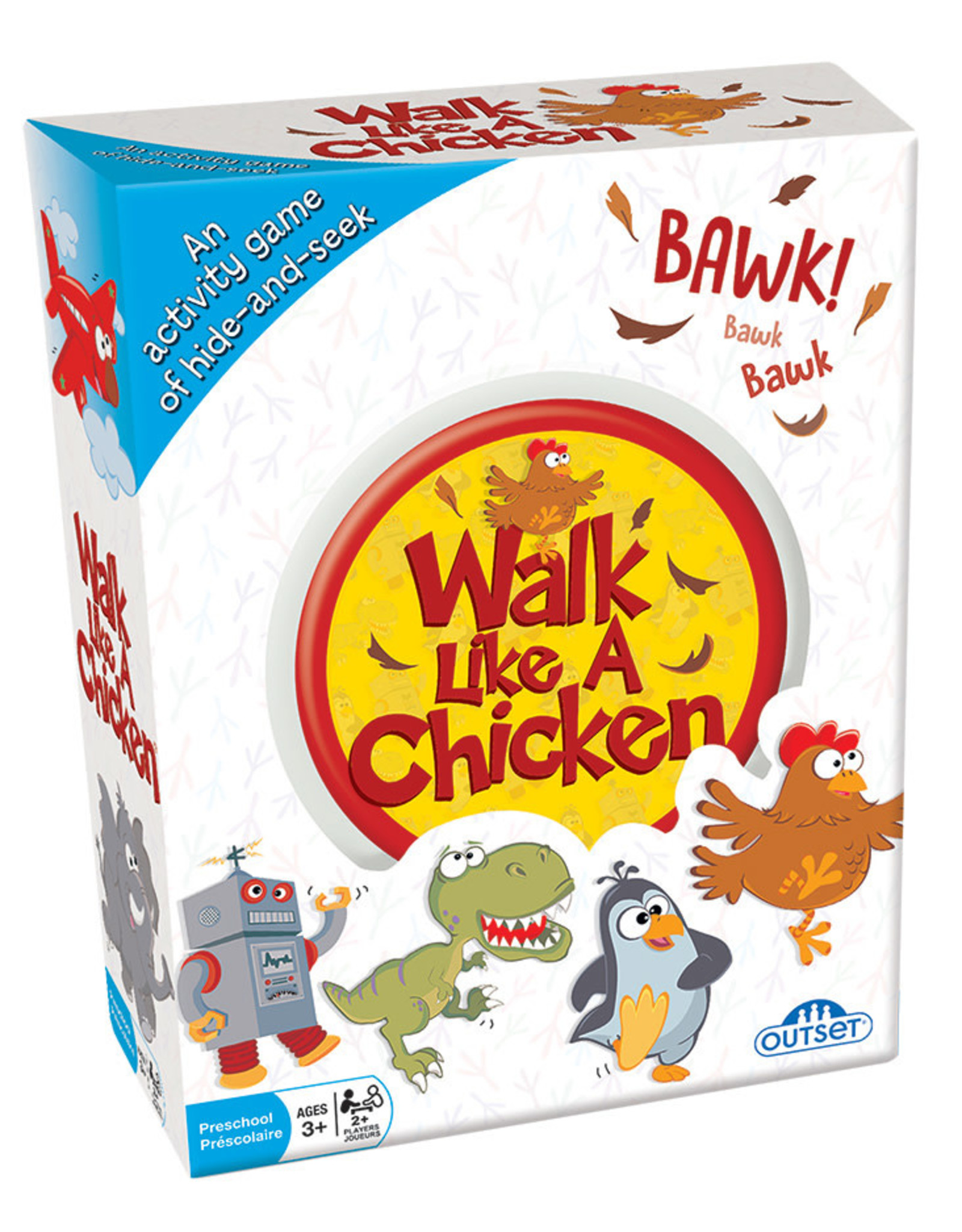 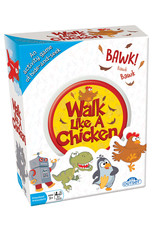 Walk Like A Chicken (Tin) is a fun get up and go activity game that is packaged in a portable tin for your on the go travel! Get kids moving and acting like fun characters from a robot to a chicken to a superhero! Instead of children hiding, like in the classic hide and seek game, 24 large object discs with different characters are hidden.  When the designated referee calls out a character name, the kids take off seeking that object disc.. but, they must walk like that character while seeking it! Kids will also develop their short term memory since only characters that are called out can be claimed.  If an object disc is turned over, but it hasn't been called out yet, the child simply turns it back over face down and races back to it once it is called out (if they remember)! Bawk bawk!  Are you ready to walk like a chicken?