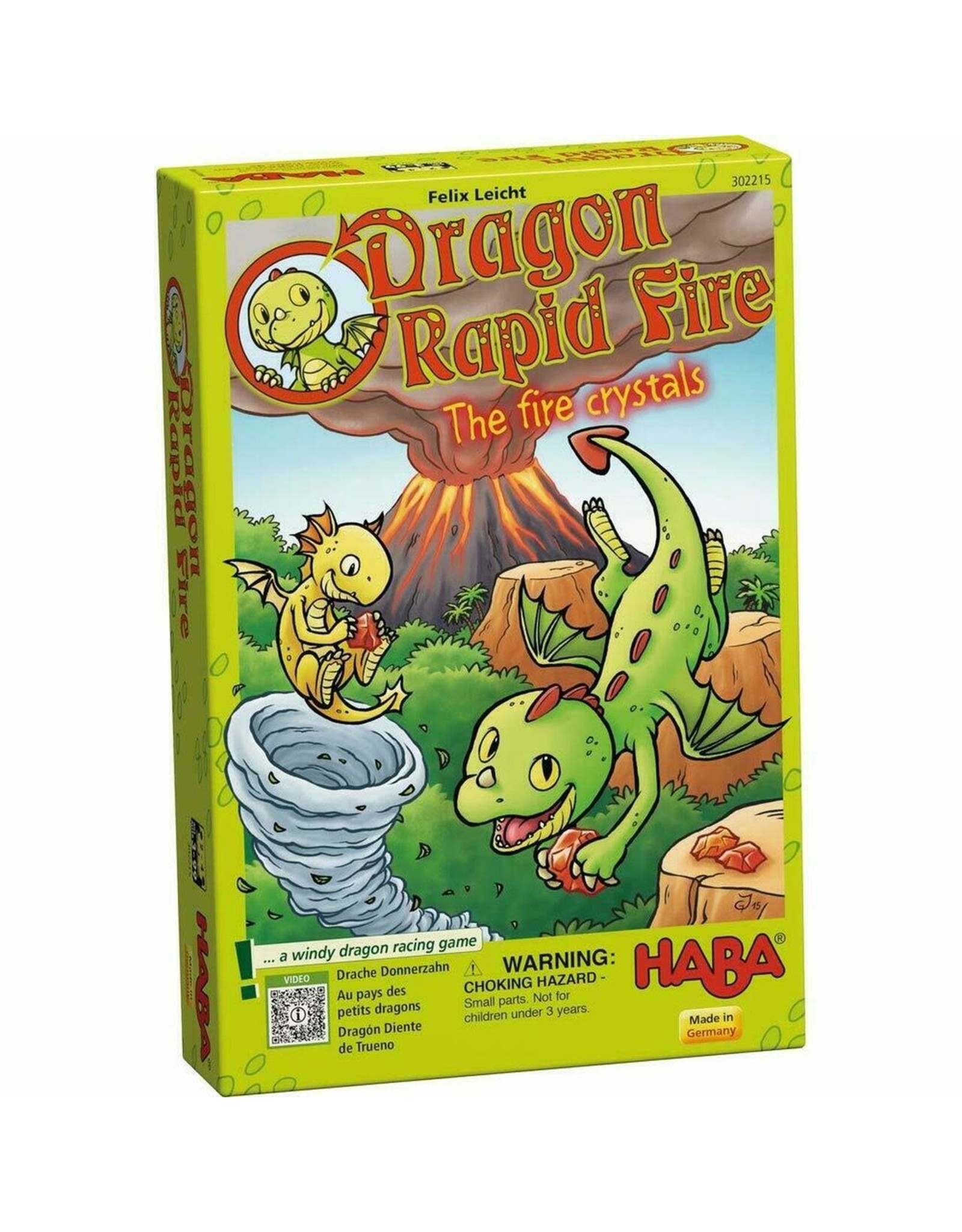 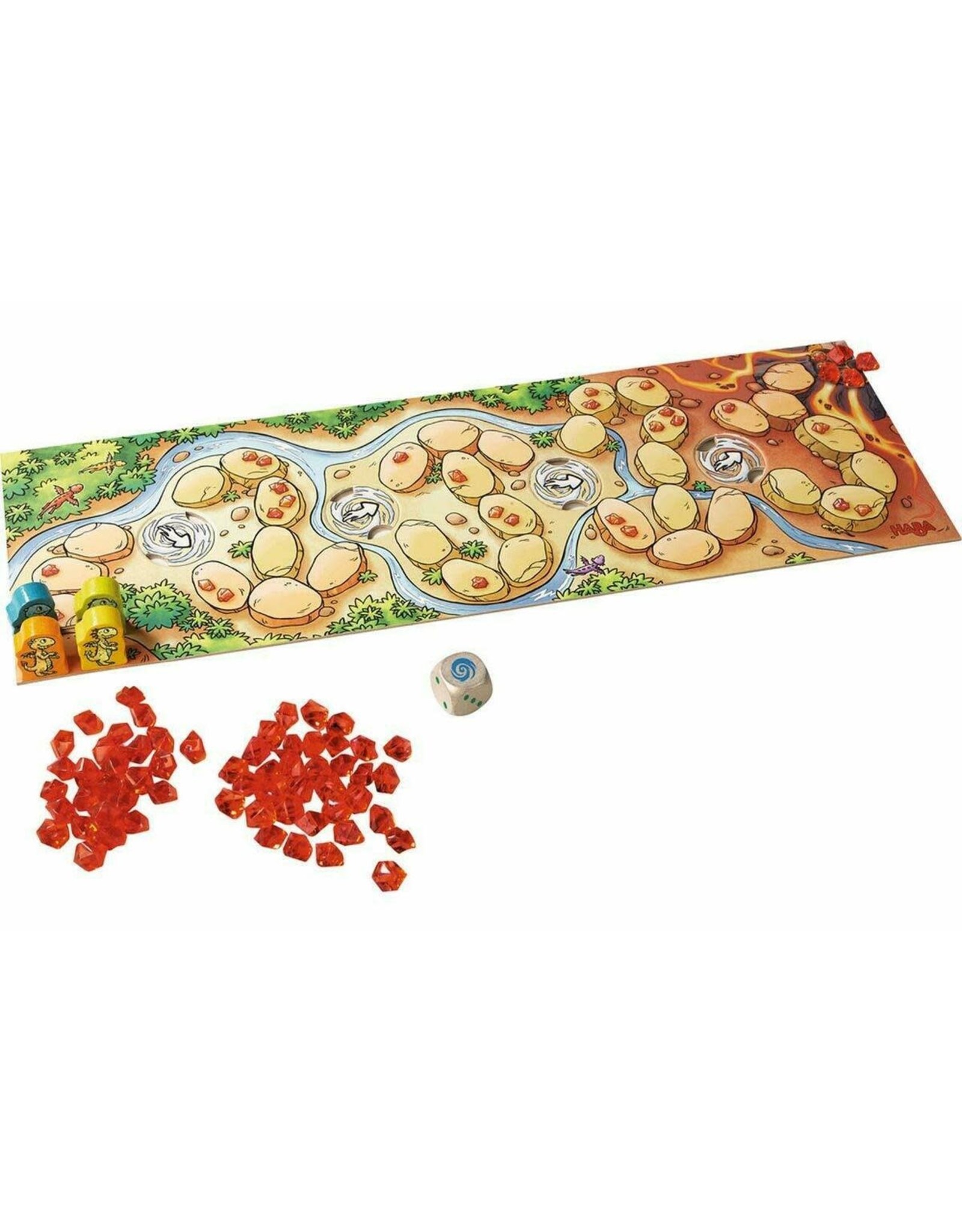 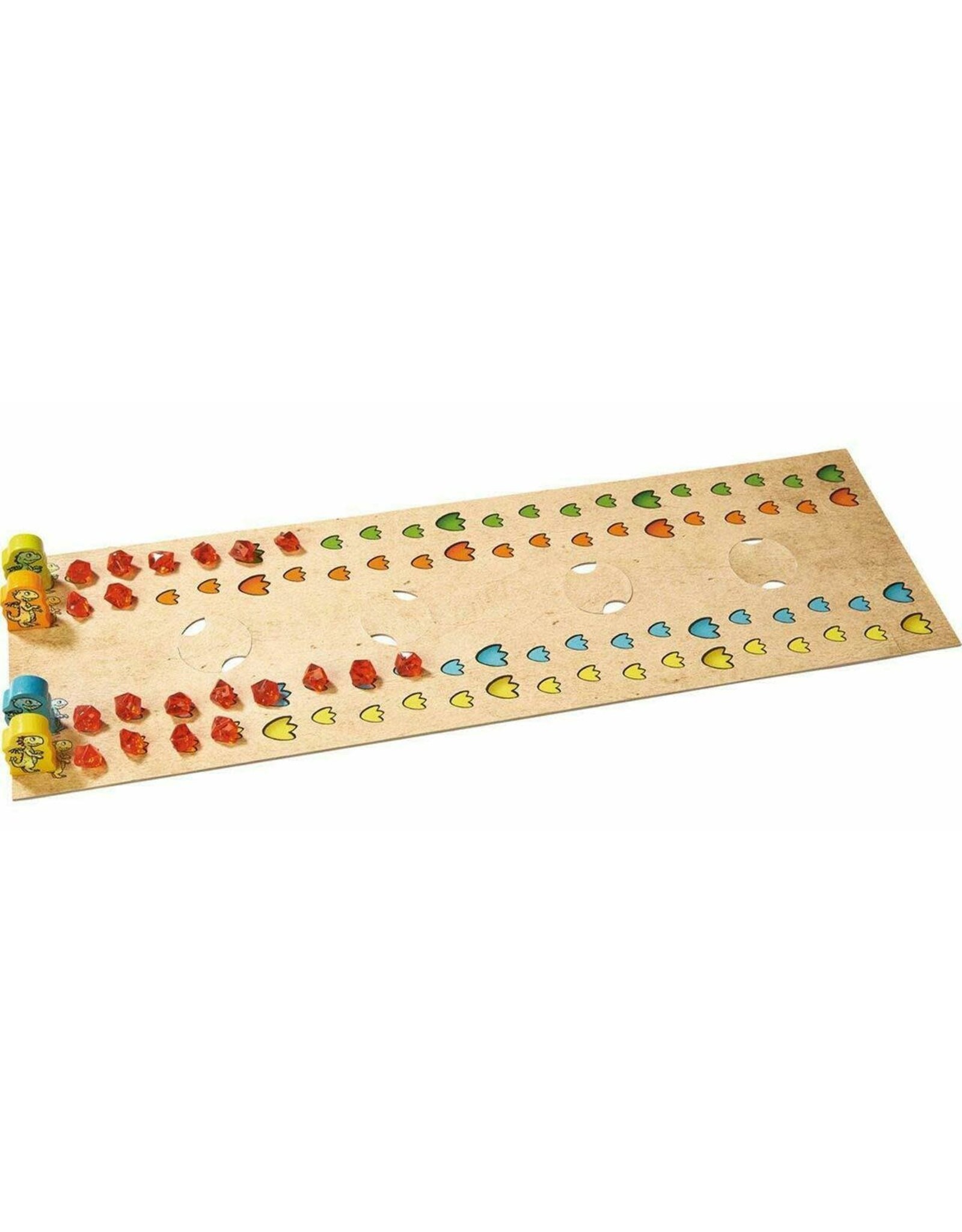 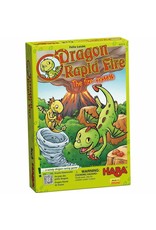 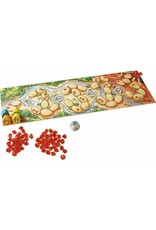 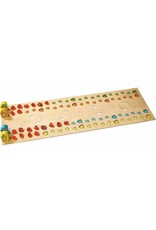 Dragon Rapid Fire is a racing game in which players move their dragon figures to collect fire crystals on their way to the volcano at the edge of the playing board.

On a turn, a player rolls the die, which might change the paths on which the dragons can walk. One moment you're heading toward a path that someone else cleared ahead of you; now you're diverted onto a path rich with crystals. In the end, whoever collects the most crystals wins!