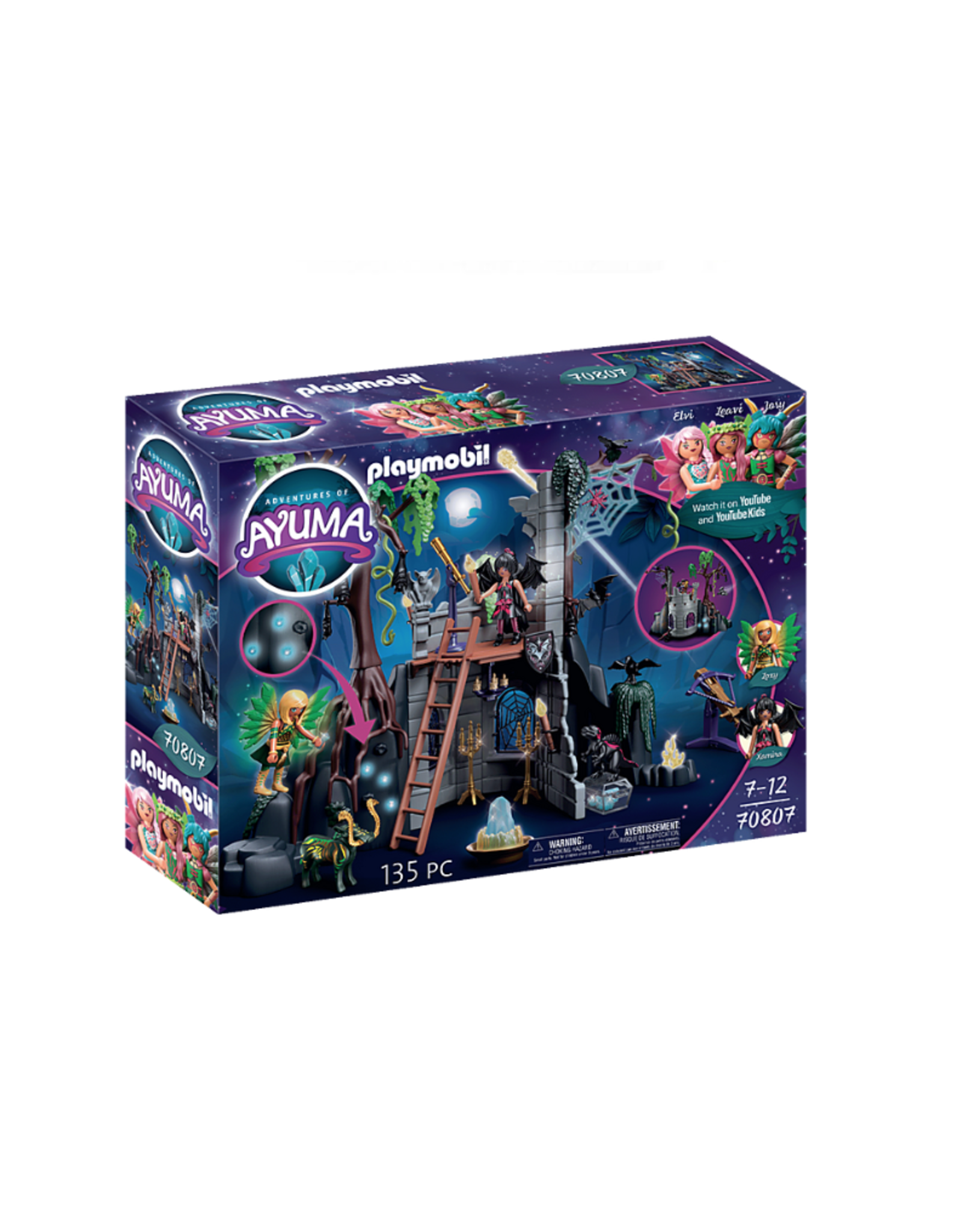 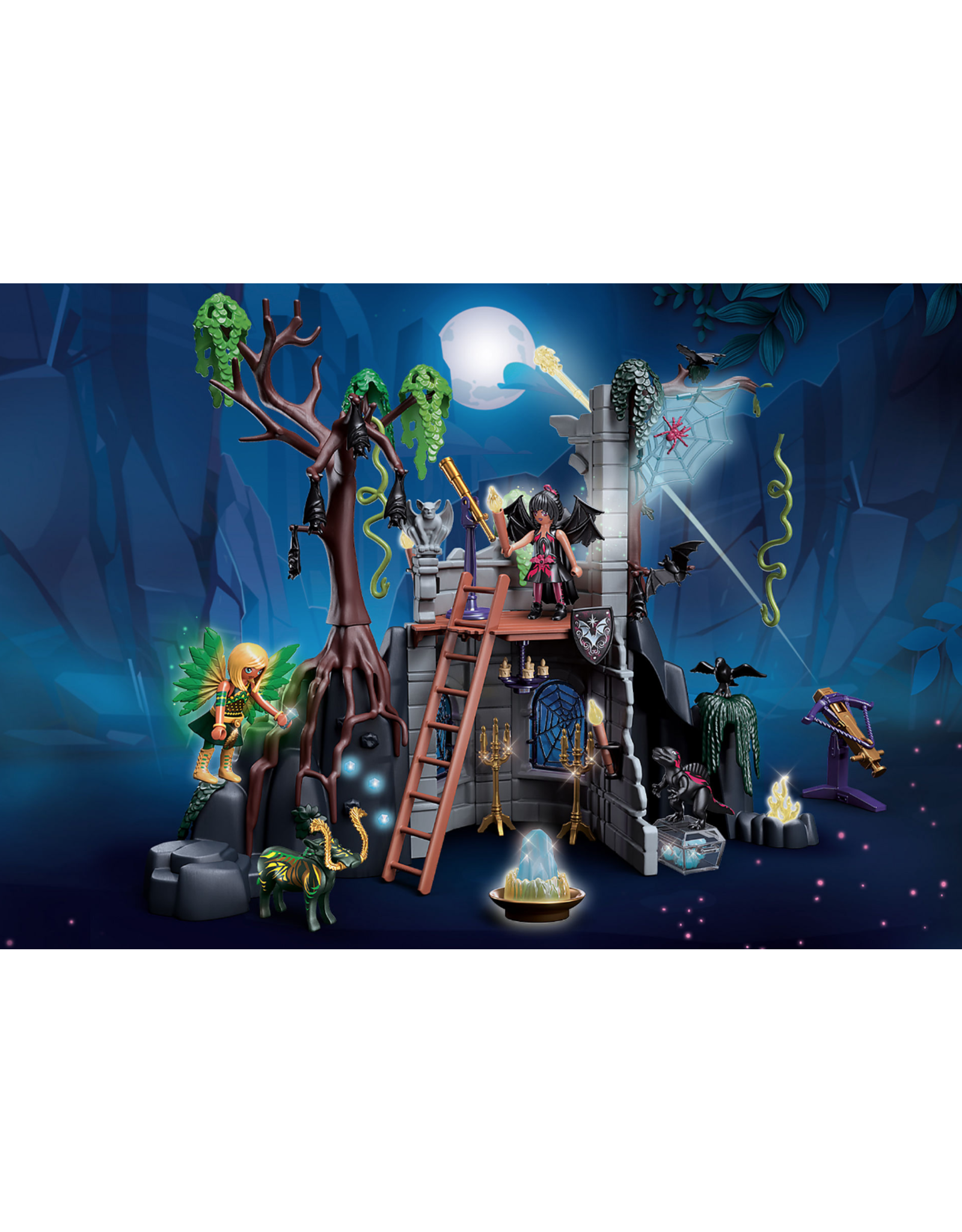 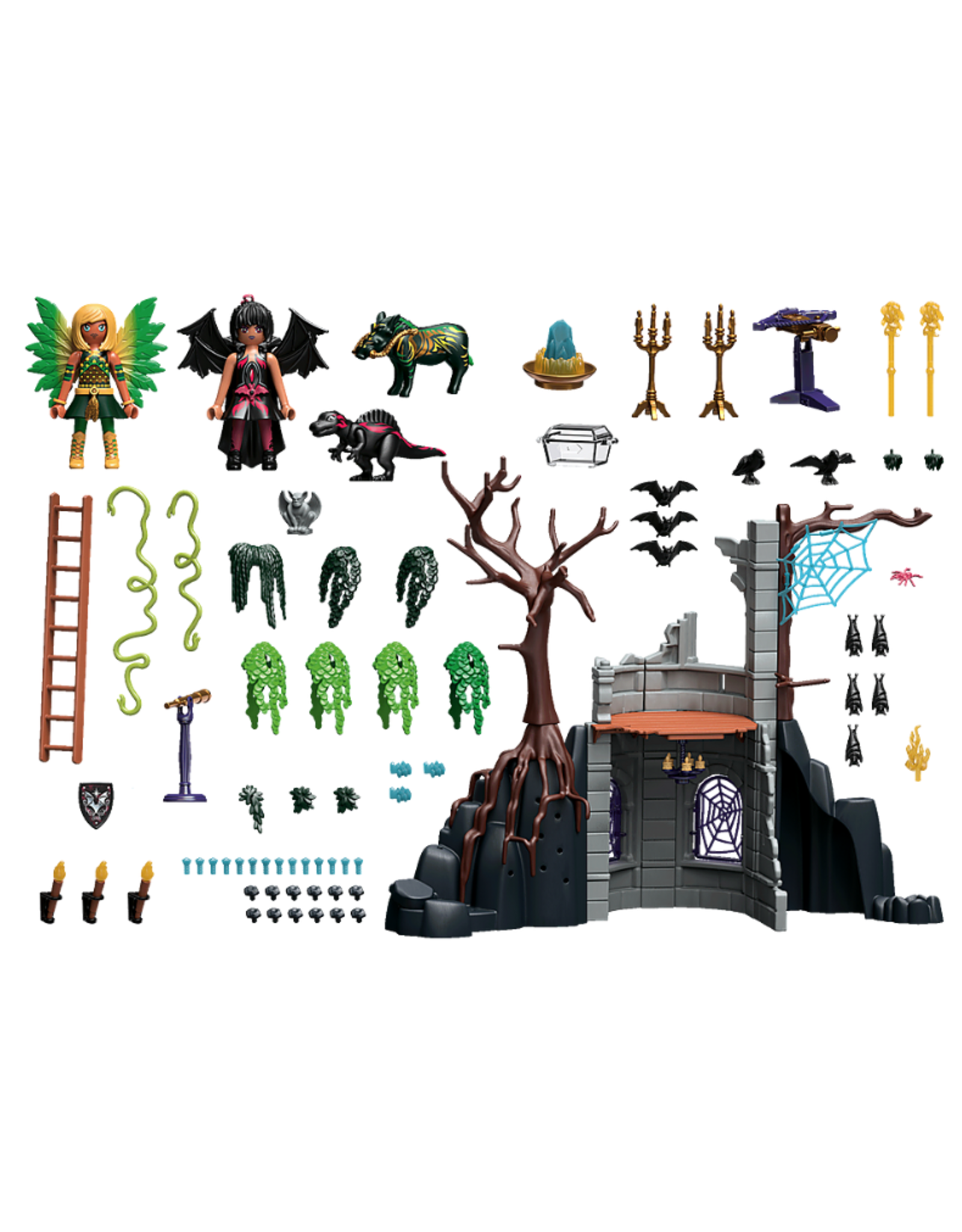 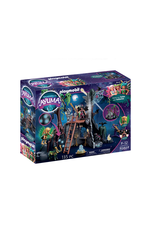 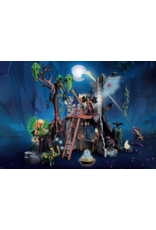 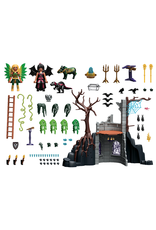 The adventures in Ayuma continue! Just as peace has returned to the fairy forest when the Bat Fairies cause another stir. The mysterious creatures have stolen crystals and are bringing them to their lair: the Bat Fairies Ruin. Thanks to the crystals, light comes into the dark walls, because a flickering light shines through the transparent crystals in the rock wall. The more crystals the Bat Fairy places in the rock, the brighter the light shines. If only there wasn't that annoying Knight Fairy who keeps trying to retrieve the precious crystals. Should she approach the ruin, she will be greeted with a fire projectile. But for now it is time to sleep. The Bat Fairy turns the chandelier upside down and then hangs upside down on the ceiling, as befits a real Bat Fairy. Her faithful soul animal, the dino, makes himself comfortable in his little shelter. The set includes a Knight Fairy with soul animal warthog, a Bat Fairy with soul animal dino, eight bats, a spider, a Bat Fairies ruin with telescope and crossbow, twelve crystals, plants, vines and boulders and many more magical extras for fantastic play hours. Torches, spider web and fire projectiles glow in the dark. Discover the new unpacking experience: Thanks to numbered bags, the fun begins as soon as you unpack!