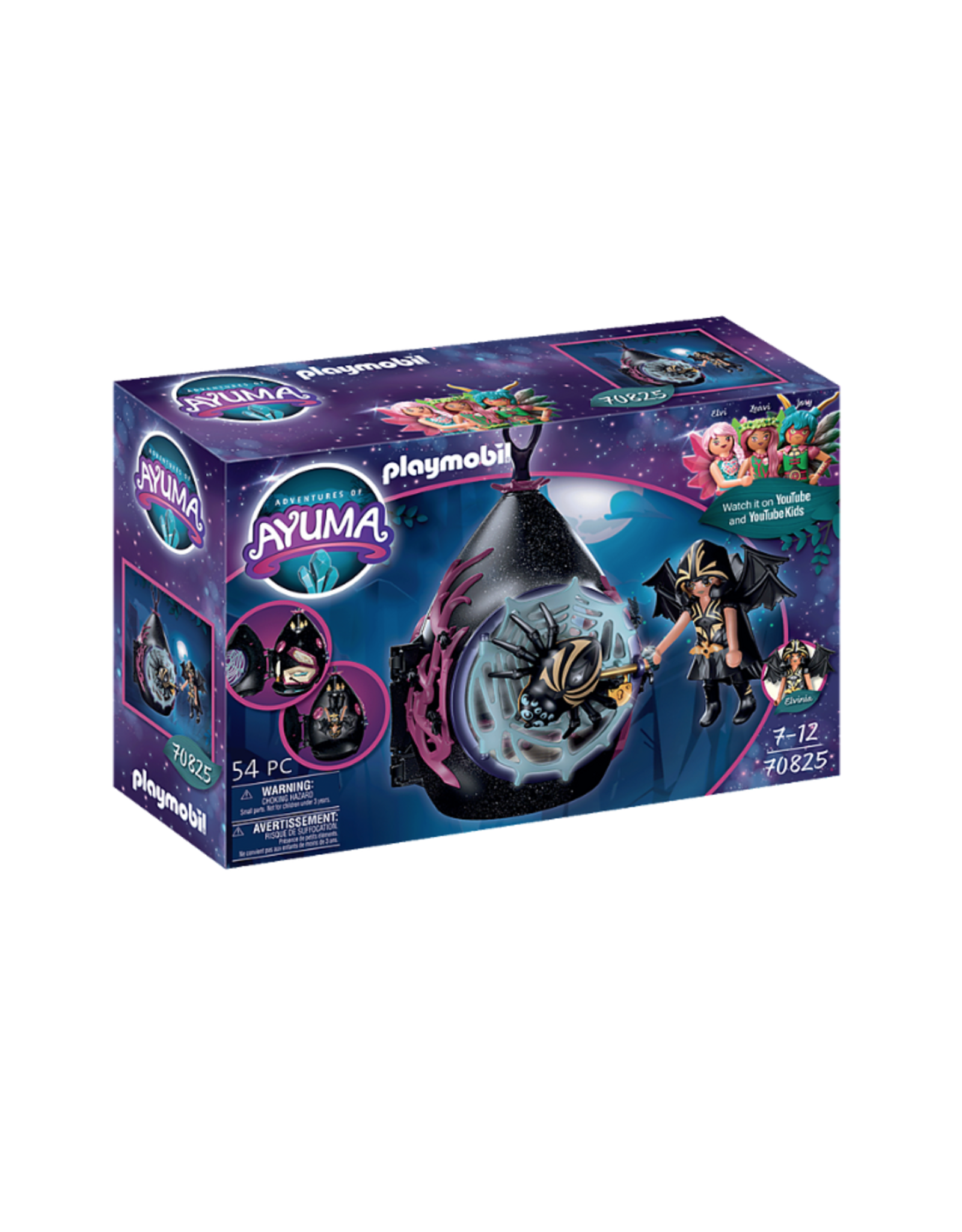 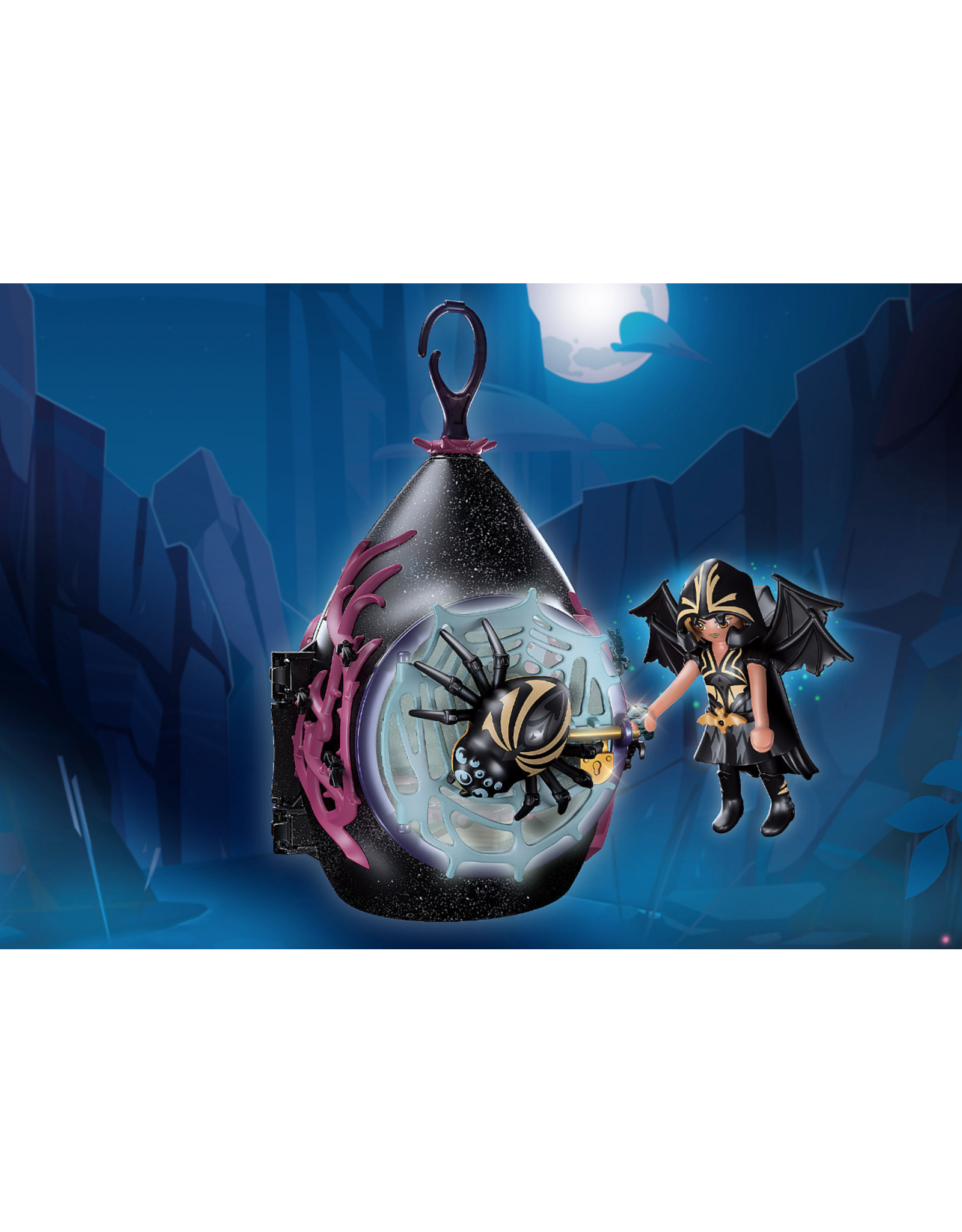 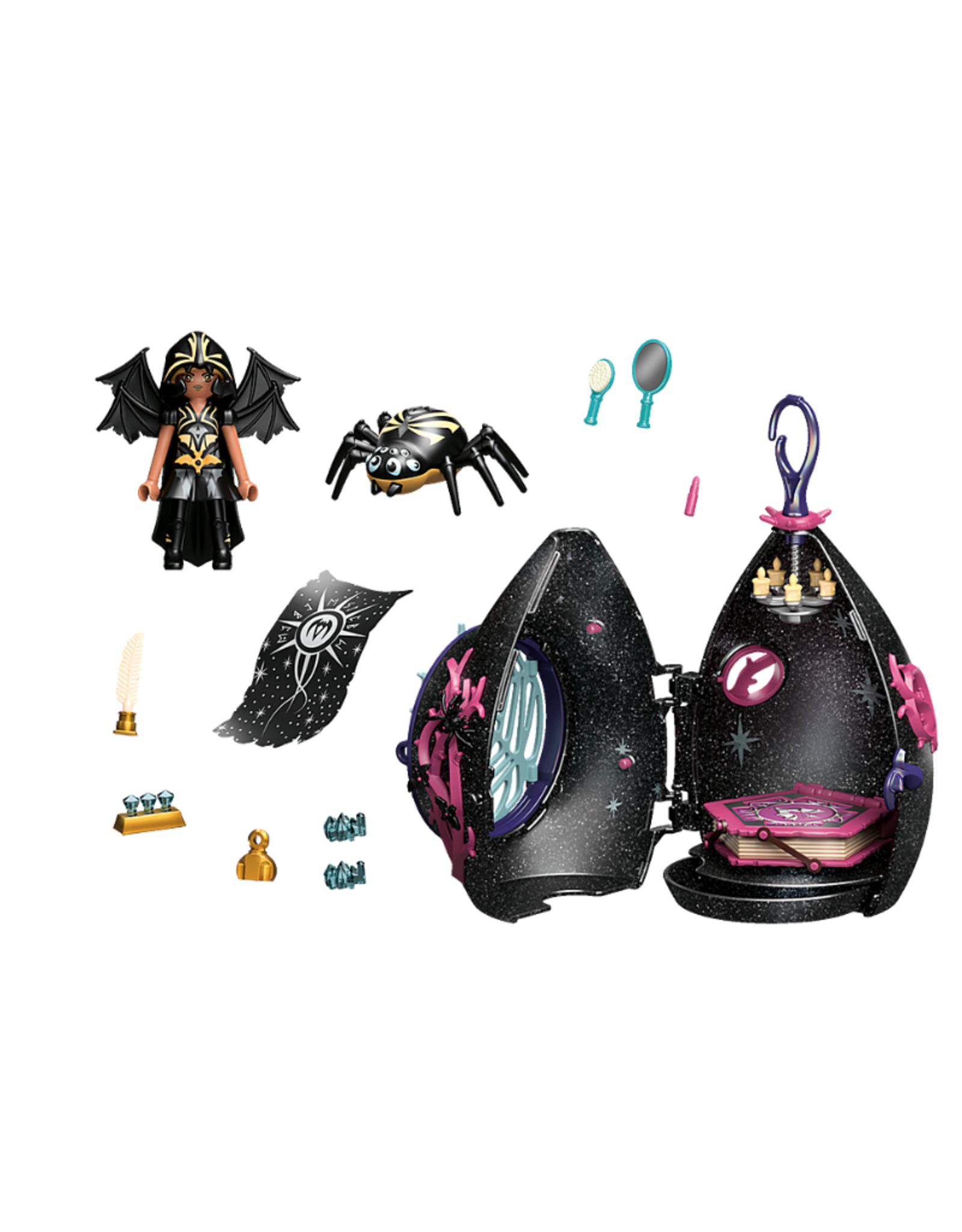 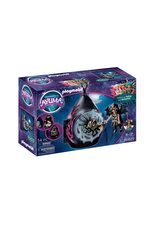 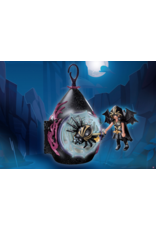 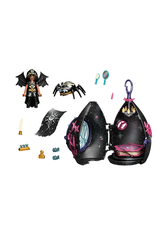 The Bat Fairies' lair offers an eerily cosy home. This is where the Bat Fairy keeps her stolen crystals. She has just captured a few of the precious stones again and puts them in the big book for safekeeping. Then she sits down in her shelter and studies the magic parchment. Where could more crystals be hidden? At bedtime, the Bat Fairy makes herself comfortable upside down by the chandelier of her little house, while her beloved soul animal the big spider keeps watch outside by the spider's web door. With such a sentry, no one will dare to steal the crystals. The set contains a Bat Fairy with soul animal spider, a drop house, three small crystals, a feather, an inkwell, a hairbrush, a Bat Fairy cape, a pair of wings and many other extras for magical fairy adventures. The Bat Fairies shelter can be hung on the Bat Fairies ruin or in the children's room using the hook. Discover the new unpacking experience: Thanks to numbered bags, the fun begins as soon as you unpack!