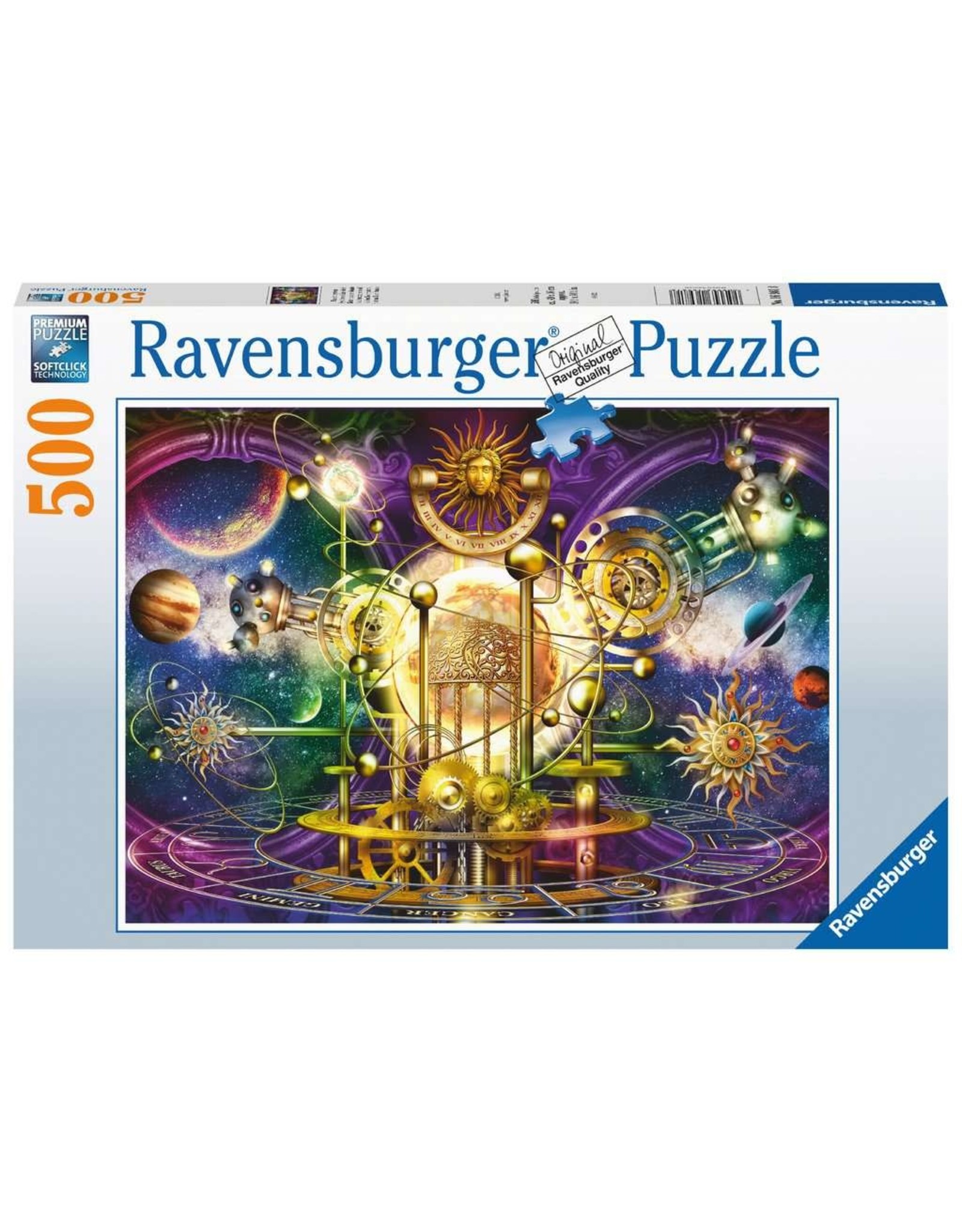 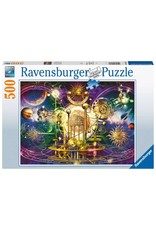 From a medieval astronomical clock to a golden, modern orrery, its always easier to have visual aids when learning complex concepts, like how the universe works! Though early scientists believed the Earth was at the center of our solar system, by 1514 the astronomer Copernicus placed the Sun at its center. The first modern mechanical model of the solar system was made in the early 1700s and named after its patron, the Earl of Orrery. Makes a perfect puzzle for any space or astronomy fan!

An orrery presents the planets as viewed from outside the solar system in an accurate scale model of periods of revolution (though the planets’ sizes and distances are necessarily inaccurate). It is typically driven by a clockwork mechanism with a globe representing the Sun at the center and a planet at the end of each arm. Clockmaker George Graham is credited with creating the first orrery (aka a planetarium) that could demonstrate proportional motion of the planets around the Sun.

This 500-piece jigsaw puzzle combines captivating imagery with clean-cut pieces and Ravensburger’s perfect interlocking fit for a most pleasurable puzzling experience! Our puzzles are crafted with an exclusive, extra-thick cardboard backing along with our superior, linen-structured paper, so the printed image is vibrant, crisp, and glare-free. Create memorable moments with Ravensburger premium puzzles!